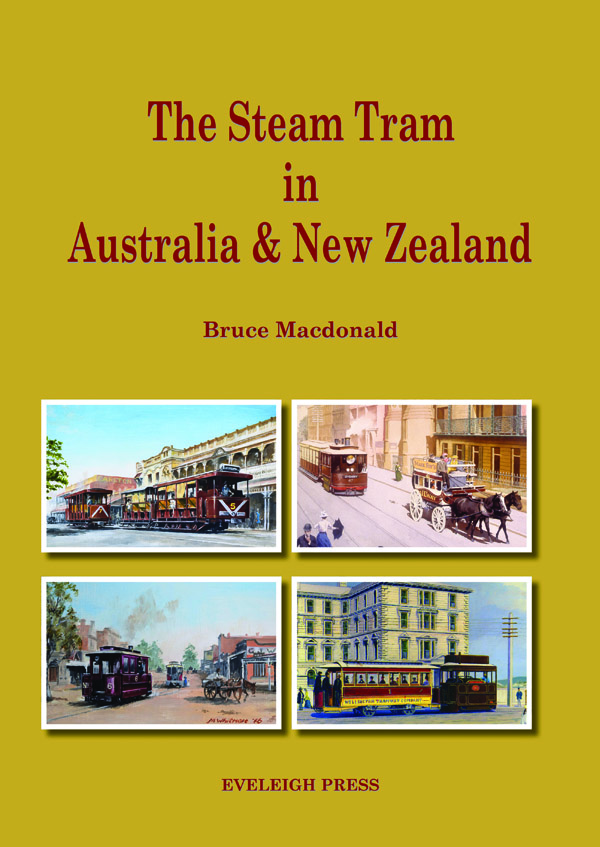 As the cities in the British Colonies of Australia and New Zealand grew in the 19th century, there was a need for public transportation: people in outlying suburbs needed to get to work more quickly than walking. Horse-drawn omnibuses were introduced by private operators but the need was for something more expansive. Overseas, in Britain and America tramways were quite widespread by the 1860s and it was only a matter of time before this transport mode was extended to the colonies. In Sydney, the first tram, horse drawn, connected Circular Quay on the harbour with the railway station at Redfern in 1861. Although this was dismantled five years later, the die had been cast, tramways being the answer the city fathers were seeking. Although quite a few systems commenced with horse-drawn vehicles, steam-hauled motors as the steam tram locomotives were to be known, became common at the front of a tram.

This book is not a history of the various systems in the two countries but a coverage of the various motors that were found in service until the systems were electrified or shut down in favour of buses. Where known, every type of steam motor is shown in photographic or illustrative form, in some cases also showing the modifications applied. Photos have been drawn from many sources and restored trams are shown in colour. Most systems are accompanied by a map.

In the 1950s, the author took on the task of restoring the then last motor in steam in Sydney. The story, which includes the commencement of steam locomotive preservation in NSW, is described.

Coverage includes specification forms from Baldwin and some work cards of the steam motors in Newcastle.